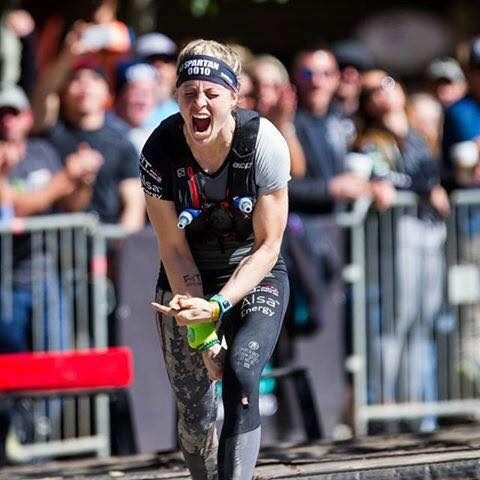 This user has not added any information to their profile yet.

Alyssa Hawley grew-up as an all-around athlete. Having played several team sports, she found her greatest passion was softball, which she played through college at the Division 1 level at Stony Brook University. After college, with her competitive spirit ready for the next chapter of her life, she found Spartan Race. She began racing Spartan events as many do, recreationally. However, it did not take long for Alyssa to find herself on the podium, beating professionals, and watching her next chapter as an athlete unfold as she emerged as one of the top athletes in the sport during the 2015 season. Alyssa placed 4th at the Spartan Race World Championship in her first year, sending a clear message to the sport that she was a serious contender.

Alyssa works tirelessly on improving, which has led to 4 consecutive years on the Spartan Pro Team and a steady stream of podium appearances. She constantly tests her body, mind, and spirit whether it's on the race course, coaching others, traveling abroad, or in her own personal and professional development. She is currently finishing her personal training degree and certificate in nutrition while training, racing and most recently preparing to open a gym with her Dad this summer. Alyssa strives to be the best she can be in order to inspire others to do the same, and is using her expertise and knowledge to help others through personal training and coaching within a virtual fitness community.

April 27, 2018
Alyssa Hawley: Creating a Winning Mind
The focus of this episode is how to create a winning mindset. It’s seems like the grittier the better for Alyssa. We explore why that is. Learn how a winning mindset and positive attitude help Alyssa to make epic comebacks and beat faster runners than her.

April 17, 2017
In this episode Spartan Pro Alyssa Hawley gives us a detailed review of the recent Seattle Super, which was full of mud and failed obstacles by all. We also talk about:
– How she “calms her mental chatter”
– Staying present during a race
– Coaching athletes through there first Spartan Race
– The importance of self talk
– And fun facts about Kangaroos and someone’s obsession over wallaby’s 🙂

My first obstacle race was technically a Spartan Stadium Race in CitiField of May 2015. My first “real” Spartan was a Sprint that August in Washougal. I initially did it as a goal, to keep me motivated. I was instantly hooked on the stadium because it was fun, and then Washougal rocked my world. At the time it was the hardest thing I had done. And it fueled my competitive fire to keep working hard and to see what I was capable of.

I want to be the best version of myself I can be. And when I race, that is what I feel. I feel that God has given me this talent and craft. I see it as an art that I want to keep perfecting and finding new limits within myself to glorify Him. And when I am at my best self through the ups and downs, I can inspire others, especially other women and young girls, to see that they are so much more capable than they realize.

Well since I already checked off Greece and Hawaii, I think the great wall of China would be sick, if it would even be possible. Definitely Africa, Ireland, and South America.

I am obsessed with mustard; I’ll eat it on just about anything. Popcorn is my weakness. I cried watching Lady Gaga perform at the SuperBowl. I have also been a vegetarian for about a year now (yeah yeah, I have been known to eat the occasional in-n-out 🙂 ).

Ryan Kent. Mostly because he got me into the sport. I didn’t even know he was a big deal when I met him. I was literally a nobody, I had only won one race, and he gave me the confidence boost to go further. It just showed me how down to earth of a guy he is and how kind he was to a complete stranger. I admire him for that and how dedicated he is and hard he works.

Everyone's strengths and weaknesses are going to differ but since the foundation is running, and since most people hate running (which I cannot quite grasp), I’d have to say RUN! To keep at it and find a way to figure out how to love it. Because I am convinced there is no greater feeling, or gift we have received than to be able to run.

GET YOUR OWN ATHLETE PROFILE

GET YOUR OWN BUSINESS PROFILE ON OBSTACLEEDGE.COM

If you have a product or service that is a good fit for the Obstacle Course Racing (OCR) community, get a business profile on fitlincmedia.com. Our large OCR audience wants to hear from you.